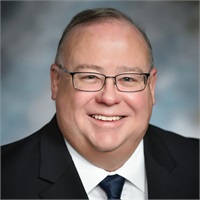 Daniel Thomason began his career in the insurance and financial services industry in 1996 with a well-established large insurance company, after serving the citizens of Galveston as a police officer for 15 years. In 1999 Daniel obtained his LUTCF designation from The Life Underwriter Training Council and The National Association of Life Underwriters. In 2009, Daniel earned the Chartered Financial Consultant designation and in 2012 the Chartered Special Needs Consultant designation, both from The American College. Daniel holds licenses in Life, Health, Property and Casualty, as well as Series 6, 7, 63, and 65 securities registrations.

Daniel has called Galveston County home since 1981 and now lives in Santa Fe with his wife Kathy and their 2 teenage daughters, Anna and Anastasia. Their son, Max and oldest daughter, Kristin, have already left the nest. In his off time, he and his wife are very involved with their daughter’s FFA projects and other school activities. They enjoy living the “country” life away from all the hustle and bustle of suburbia. They also enjoy “playing tourist” occasionally in Galveston spending time on The Strand and the beach.