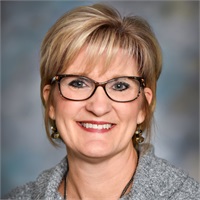 Cindy joined the LSFA team in 2013 after working for the Liberty ISD for over 16 years as a Principal Secretary. Originally born and raised in Galveston, she received her degree in business while working at a large insurance company. As her life continued, a priority to work closer to her children’s education took priority where she made an industry change and made her professional contributions to Liberty ISD. Cindy now brings her love of organization and attention to detail to the LSFA team by serving as an Executive Assistant to her brother and president, Michael Wegner. She will work closely with him on many different aspects of the firm from Business Development to Client Relations.

Her and her husband, David, reside in quaint Hardin, TX where they raised their two beautiful daughters, Heather and Amber, both graduates of Texas A&M (class of 2011 and 2014, respectfully). The aggie family enjoys being with family and friends, camping, spending time outdoors, working on their land, and traveling. She especially loves gardening, cooking, and Wedding Coordinating.